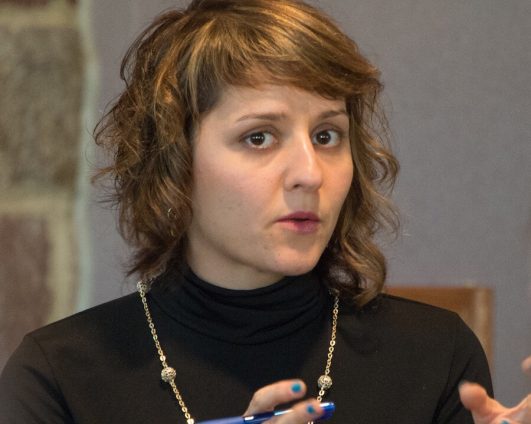 Aggie Ebrahimi Bazaz is a documentarian with interests in movements and migrations. Collaborating with Estamos Aquí, Aggie is producing a series of 360 videos for Immigration Stories in Full Frame. Aggie is also part of the team developing Mi Casa My Home, a transnational, transmedia conversation on remittances, globalization, and belonging.